Crossroads: what do Entrepreneurship and Rock have in common (and you never thought about it) 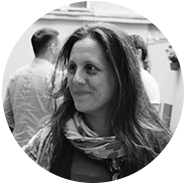 There may be no apparent connections between rock music and entrepreneurship. But Gaia Montelatici, Co-founder & Lead Content Developer @Impact Hub Belgrade believes that these two worlds are closer than you think.

The inspiration — Rock’n’Roll is a risk

And to be honest I am spoiled because I am surrounded by amazing rock artists who are composers, performers and make their living playing music. One such super talented rock guitarist is our friend Nenad Bojkovic who lives his life in music since he was a teenager and started his author band “Blek Box”.
But the inspiration to reflect upon the crossroads of rock and entrepreneurship comes first from my life and business partner Nenad Moslavac who is a guitar player and an entrepreneur. Playing with his teenage rock band in Zemun, he imagined they would grow into rockstars and then the Seattle alternative scene of the 90s changed his vision of rockstars. Nirvana was playing in the gym of the Olympia high-school he was attending.
And it really was Brendan, the stoned older brother in the movie Sing Street, with his wisdom pearls that sparkled this conversation. Mentoring his brother Connor, Brendan incites him:

“Rock is a risk”, “Do you think the Sex Pistols knew how to play? You need to learn how not to play — and that takes practice…!”

The questions of characteristics linking rockstars and entrepreneurs have been explored from many angles: best practices at both end or how do rock musicians become entrepreneurs.

And there is renewed space to keep building on the intersections we find, especially since crowdsourcing, crowdfunding and crowdinvesting are creating new ways and opportunities for musicians to live of music. And Impact Hub Belgrade is attractive to musicians and artists who want to “go entrepreneurial”.

The start — The authentic and genuine drive

Isn’t putting up a band an entrepreneurial venture? And isn’t it that you really do not have to know much about playing and music when you start, but you are just in love with the idea?

This is pretty much like most of us entrepreneurs having very little idea about business modeling and planning when starting out. Of course, the more we practice, the better we become at it: rock, music and building ventures.While building practices, let’s take advantage of our multiple identities and “personas” as fans, customers, creators, innovators, marketers, rockers, because that is the best way to draw our diverse skills focused on a unique objective and to keep developing what we have the least.

But what we generate has to stay authentic and true to what we communicate.

Joan Jett became an entrepreneur by necessity, after having been turned down twenty-three times by record labels. So she founded her own Blackheart Records that released her album Joan Jett.
At Blackheart records, Joan and Carianne say:
“If an artist comes in that we feel is commercially viable but they’re not really what we’re about, we won’t go with them. If we go to see them and you can tell it’s unauthentic, it’s just they’re there for something else, it’s a no go.”
But it would be very unfair and misleading not to recognize that in fact it’s about the “Blues”. Back in university days, Nenad, his best friend Phil, harpsichord player finishing his PhD in Music, and I agreed that the best music is the one that raises out from pain. Happy songs could never make it to become timeless art, we concluded. And that’s how the blues is composed and played.Willie Brown sips whisky in the glass of broken-hearted seventeen-year-old Eugene Martone and promised him the gig in the cult movie“Crossroads”. Only now the kid is ready.
And isn’t this exactly what we ask our startuppers and innovators?
What are your pain-points? What are you trying to solve? If there is nothing to solve, there is no music, no solution.

“The process of innovation, creation and entrepreneurship is a process of revealing art, it is an art form” — Gary Whitehill

Every (purpose-driven) entrepreneur is a bit of an artist and rockstar while creating solutions and musicians and rock bands have a bigger than ever need to “go entrepreneurial”, producing, leading and managing on their own, instead of relying on the record companies of the music industry.

Our Fabio Martinelli with “Life in Music” is exactly helping awesome musicians do just that. The fact that rock and entrepreneurship are good friends is sort of intuitive, but there is so much that is unexplored in the depth of the matter!

There are definitely character traits in common and practices that entrepreneurs should learn from rock musicians and the other way around.

And there are amazing authors like Ruth Blatt writing fascinating pieces on the conjunction of rock music and organizational culture. So, let’s keep the ball rolling and involve Nenad aka Nesa and Fabio to host and curate the conversation! I’ll ping them in between tours and business trips 😉

Let’s just remind ourselves that first and foremost, the most influential rock bands and (purpose-driven) entrepreneurs are changemakers — they often are what our Gary Whitehill would call “misfits”, rebels with a cause, innovators.

They disrupt the status quo through their new creations and practices and change the way we think, behave, dress, eat, interact with each other. And of course you already have hundreds of bands and entrepreneurs in mind that have now become icons, idols and nothing less than super respected content brands. The list is amazing across time, genres, industries. Here is what comes right out on top of my mind: Elvis, Billy Holiday, Nikola Tesla, Nirvana, Eileen Fisher, Steve Jobs, Janis Joplin…Add to the list!

Just like Jeremy Bednarski sais, Rock stars are some of the best content marketers and they have started to be so before entrepreneurs and business practitioners.

They use their content to grow their audience and sell their products (CDs, DVDs, concert tickets, etc.). It all starts with their songs and the stories they tell, that are about them and us too.Here we go: I will not believe you if you tell me you do not know Tommy and Gina 🙂 And John Bon Jovi tells it like it is:
“It’s nice when you hit a story and it’s about you, (meaning himself). And then the magic of it is when you all think it’s about YOU! (meaning the audience)”
And when entrepreneurs “Think Like a Rockstar” they often do more than engaging customers as fan, as this book’s author would have it. They empower whoever it is they are targeting to take very entrepreneurial stands and actions.
Beyonce’s critical thinking, storytelling and entrepreneurial factor is pure empowerment reaching exactly those to whom it is targeted and to whom this means the most. “Formation reclaims black America’s narrative from the margins” with its visuals, rhythm, text, deep political, cultural, historic critique.
But that’s the thing: if you, like me adore Beyonce but are not a young Black woman, the potency of her message is just sort of lost. And then again, I do get it that even if you know that “Tommy and Gina never backed down”, it may really not mean so much to you!

Brainstorming and associations between rock and entrepreneurship

Authenticity — rebellion — disruption — mentorship (there is always an older brother who initiates your path…) — creation — authorship — lifestyle (“The way I play and work is the way I want to live by”) — leadership (that’s the podium, the audience) — risk taking attitude — branding –marketability — profitability…

This is only the beginning — so what is missing here?

And what are your questions on this matter? Does what you listen to make you a better entrepreneur?

This content has been created by Gaia Montelatici, for Impact Hub Belgrade.